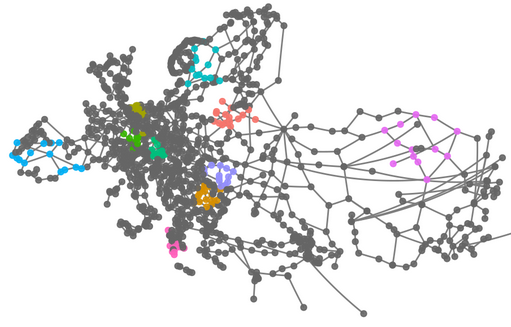 We will look at the network of Euro-Roads, which is an international system of numbering important roads throughout Europe. The marking of roads as Euro-Roads usually co-exists with national numberings and the visibility of the E-numbers varies by country.

The dataset was downloaded from KONECT. There is no licence information included so I won’t share the original data.